Islam: The One and Only Religion 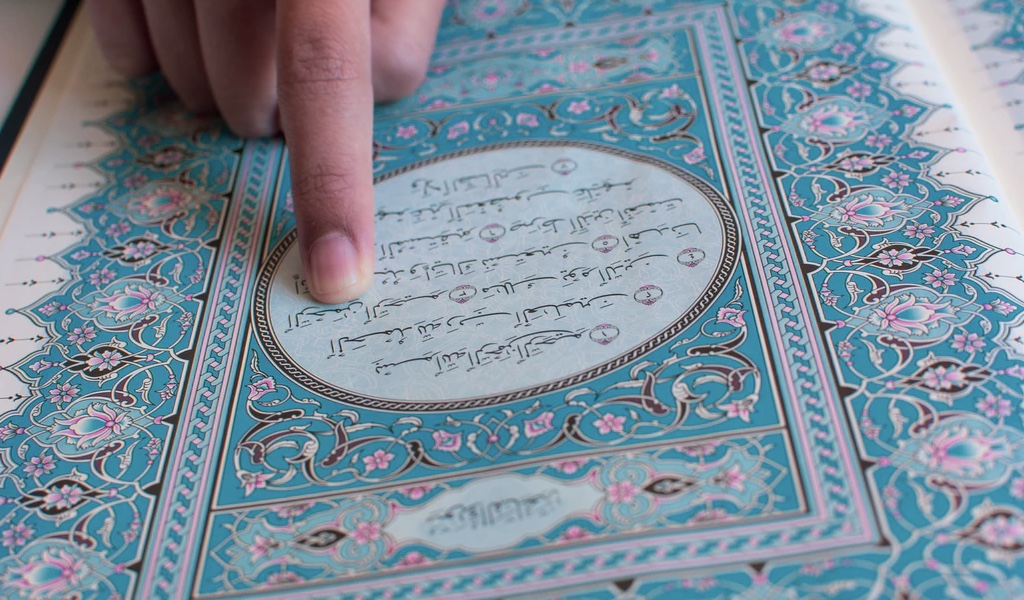 After that someone may ask, “If our purpose in life is to worship our Creator, by what means do we worship Him?” The answer to a simple question like this is known to almost every Muslim in the world, however you will still find some Muslims, especially in the West, who will object and say that, “God can be worshipped through any means and through any religion, and that there is no difference between the religions because they all call to the worship of God, and therefore instead of warning against other religions we must come together and unite all the religions.” In the following lines I intend to clarify the falsehood of such statements made by these Muslims who are growing in large numbers in the Western World.

First of all, we must comprehend the fact that logically speaking “the truth” can only be one and not more than one. Contemplate the following list of points:

1. Every individual has their own perception of good and evil, whether this perception is based upon religion, law, culture, or individual contemplation. If human beings were to be left to believe and practice what they perceive as correct, we would have a society based upon chaos, where no laws could be legislated nor executed. For this reason, humans cannot be left on their own to legislate what is correct and incorrect. The only One who has the right to legislate right and wrong is the One who created us and knows what is best for us, and that is Allah. It is He who created the world and set the scales of justice, and it is He who is perfect with no faults whatsoever.

2. Once that has been made clear, we can easily say that Allah sent only one form of legislation for all of mankind to follow, otherwise if we were to say that there is more than one then that would entail that Allah is unjust because He left us to wander about on earth without showing us the right way to do things, and this is impossible because Allah is Just. Therefore the only logical conclusion is that there is only one true religion, which contains guidance in all spheres of life, and that all other religions are false.

So we say that this can be proven by the following:

1. Islam is the only religion which preaches true Monotheism, many religions claim that they call to the worship of the One God, however if you were to examine their beliefs and practices closely you would easily find that they set up partners in worship with Him.

2. Islam is the only religion which has been preached by all prophets since the dawn of man, and preaches the same message brought by all those prophets.

3. Islam is the only religion which has been preserved throughout time, unlike other religions which became altered and tampered with, and what is left today of those religions is a mix of truth and falsehood.

5. The perfection of Islam is also another great proof of it being the correct religion, for there exists no other religion more perfect, complete, comprehensive, and precise in its rulings than Islam.

There are many other things that can be mentioned to prove Islam is the one and only true religion, however we will suffice with what has been said.

From the above, we can easily come to the conclusion that there is only one truth, and that is Islam. If we accept this ruling, then let us examine what Islam has to say about the statement of some Muslims in our times that, “God can be worshipped through any means and through any religion, and that there is no difference between the religions because they all call to the worship of God, and therefore instead of warning against other religions we must come together and unite all the religions.”

b) “Do they seek other than the religion of Allah (Islam), while to Him submitted all creatures in the heavens and the earth, willingly or unwillingly, and to Him shall they all be returned.” [Aal ‘Imran 3:83]

c) “And whoever seeks a religion other than Islam, it will never be accepted of him, and in the Hereafter he will be one of the losers.” [Aal ‘Imran 3:85]

d) “This day, I have perfected your religion for you, completed My Favour upon you, and have chosen for you Islam as your religion.” [Al-Ma’idah 5:3]

2. One of the basic principles of belief in Islam is that the Book of Allah, the Holy Qur’an, is the last of the Books to be revealed from the Lord of the Worlds. It abrogates all the Books that came before it, the Tawrat, Zaboor, Injeel, and others. So there is no longer any revealed Book which Allah may be worshipped by other than the Qur’an. Allah says:

“And We have sent down to you (O Muhammad) the Book (this Qur’an) in truth, confirming the Scripture that came before it and a Muhaymin (trustworthy in highness and a witness) over them (old Scriptures). So judge among them by what Allah has revealed, and follow not their vain desires, diverging away from the truth that has come to you.” [Al-Ma’idah 5:48]

“Muhammad is not the father of any of your men, but he is the Messenger of Allah and the last of the Prophets.” [Al-Ahzab 33:40]

4. One of the basic principles of belief in Islam is that the Message of Muhammad (SAW) is addressed to all of mankind. Allah says:

5. One of the basic principles of belief in Islam is that we must believe that every Jew, Christian, or anyone else who does not enter Islam is a Kafir (disbeliever), and that those who do not enter Islam after the proof is established against them must be named as Kafirs and regarded as enemies of Allah, His Messenger, and the believers, and that they are the people of the Hell Fire, as Allah says:

a) “Those who disbelieve from among the people of the Scripture (Jews and Christians) and Al-Mushrikun, were not going to leave (their disbelief) until there came to them clear evidence.” [Al-Bayyinah 98:1]

b) “Verily, those who disbelieve from among the people of the Scripture (Jews and Christians) and Al-Mushrikoon will abide in the fire of Hell. They are the worst of creatures.” [Al-Bayyinah 98:6]

d) “This (Qur’an) is a Message for mankind (and a clear proof against them), in order that they may be warned thereby.” [Ibrahim 14:52]

It was reported in Saheeh Muslim that the Prophet (SAW) said: “By the One in Whose hand is my soul, no one among this nation, Jew or Christian, hears of me, then dies without having believed in that with which I was sent, except that he will be one of the people of the Fire.”

In light of these basic principles of belief, claiming that, “God can be worshipped through any means and through any religion, and that there is no difference between the religions because they all call to the worship of God, and therefore instead of warning against other religions we must come together and unite all the religions,” is an evil claim, even though many Muslims do not realize it. It is something which the enemies of Islam are calling for whose aim is to mix truth with falsehood, to destroy Islam and undermine its pillars, and to tempt its followers into total apostasy. This is confirmed by the words of the Qur’an:

a) “And they will never cease fighting you until they turn you back from your religion (Islam) if they can.” [Al-Baqarah 2:217]

b) “They wish that you reject Faith (Islam), as they have rejected (Faith), and thus that you all become equal (like one another).” [An-Nisaa’ 4:89]