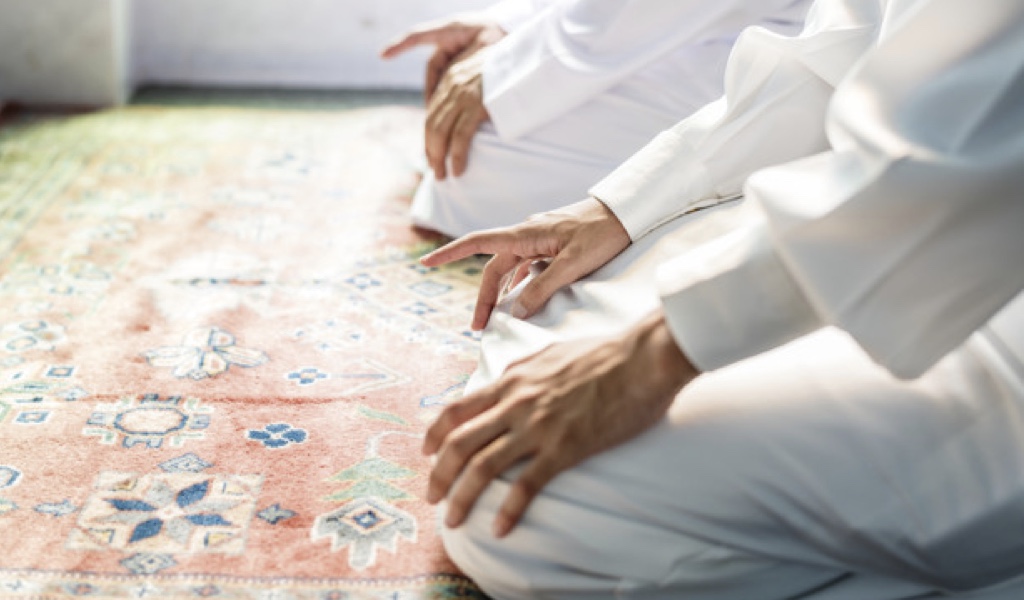 The age we live in today is an age of trial and tribulation, especially for the Muslims living in the non-Muslim societies of the West. You find many of them trying to strike a balance between their Islamic and Western identities. You find that when Islam is attacked they turn to the defensive with an inner feeling of defeat as they try to show that the Islamic values are no different than the Western ones.

On the other hand, you find others trying to hide their Islamic identity for fear of being labeled as either “extremist” or “fundamentalist”. Men are shaving their beards and women are trying to make their Hijab look like the latest fashion out there. The youth try to imitate the non-Muslims in all walks of life, they take the pop stars and sport stars as their role models, and take non-Muslims as their close friends and buddies. All this for the sake of trying to fit into the Western society and not stand out.

At school if a teacher attacks or mocks Islam, the Muslim student sits there silently too embarrassed to respond back or for fear that if he responds the teacher will give him low grades.If the Muslims living in the West were to continue on this path, it is feared that a day will come when you will no longer be able to differentiate between a Muslim and a non-Muslim, and unfortunately we can already see that taking place. So how can we cure this problem, and how can we bring this phenomenon to an end?

First and foremost, we must strive to gain knowledge and understanding of our religion, for Allah has made a clear distinction between the possessors of knowledge and the ignorant ones:

So if we were to strive to educate ourselves in our religion, we would realize the importance of holding fast to the teachings of Islam, and we would value what Allah has given to us and not give it up so easily in the face of trial and tribulation.

Secondly, we must realize that there has been an ongoing battle since the beginning of time, and that is the enmity between the allies of Allah and the allies of Shaytan. Let us not forget the story of our father Adam, when Allah created him and commanded Iblees to prostrate to him, he refused due to his arrogance and pride, and said:

As a result of that Allah ordered him out of Paradise, so he said:

“Because You have put me in error, I will surely sit in wait for them on Your straight path. Then I will come to them from before them and from behind them, on their right and on their left, and You will not find most of them grateful to You.” [Al-A’raf 7: 16,17]

And let us not forget how he deceived Adam and his wife, and caused them to eat from the tree which Allah had forbade them from, out of enmity towards them. As a result of that Allah caused them to descend to Earth. Reminding us of this, Allah says:

“O children of Adam, let not Shaytan tempt you as he removed your parents from Paradise, stripping them of their clothing to show them their private parts. Indeed, he see you, he and his tribe, from where you do not see them. Indeed, We have made the devils allies to those who do not believe.” [Al-A’raf 7:27]

So this is the reality of the enmity of Shaytan with mankind. Thus, the war goes on, and will continue to go on till the Last Day. If we were to comprehend this fact we would come to the realization that our enemies, the allies of Shaytan from both the jinn and mankind, do not want us to remain firm upon our religion, rather they want us to abandon it in its totality so that no distinction can be made between us and them, as Allah says:

1. “They wish you would disbelieve as they have disbelieved, so you would become alike.” [An-Nisaa’ 4:89]

2. “Many of the People of the Scripture wish they could turn you back to disbelief after you have believed, out of envy from themselves, even after the truth has become clear to them.” [Al-Baqarah 2:109]

3. “And never will the Jews and the Christians be pleased with you until you follow their religion.” [Al-Baqarah 2:120]

The one who becomes conscious of this will never give up practicing his religion so easily and will never feel embarrassed to stand up for it, because he knows what he is standing up against: his enemy.

Thirdly, we must inculcate within ourselves a sense of pride for what Allah has given to us and feel that all other ways of life are inferior to Islam. It is this sense of pride that is missing in many Muslims living in the West. They feel embarrassed or ashamed to show their Islamic identity, trying to hide it especially when Islam is attacked. Let us turn to the example of the companions of the Prophet (SAW), when they accepted Islam they became proud of it and felt that it was superior to all other ideologies and ways of life.

When Abu Dharr (RA) accepted Islam he was told to keep it a secret due to the volatile situation in Makkah, however he felt too much pride in what he had found to withhold himself and went to the Ka’bah to announce his Islam publicly which caused the Quraish of Makkah to beat him till he bled.

When the numbers of the Muslims reached approximately forty in Makkah, Umar and Hamza divided them into two groups, each one leading a group marching towards the Ka’bah with pride displaying the strength of the Muslims.

After the Muslims defeated the Romans to take over Al-Aqsa, they came to Umar (RA), who was the Khalifah at the time, and handed him the keys of Jerusalem along with the best of clothes and finest of horses so that he could enter the city in style. What did he do? He told them to take it back, and took hold of his donkey walking towards the city wearing his regular clothes, and said: “We used to be the most humiliated of people, so Allah granted us glory and pride through Islam, so no matter how much we seek glory and pride through other than what Allah has granted us glory and pride through, Allah will humiliate us.”

Now contemplate over the dialogue that takes place next between Rostom and Rib’ee bin ‘Amir:

Rostom asked: “What brings you here?” Rib’ee said: “Allah has sent us to convert mankind from the worship of people to the worship of Allah, from the narrowness of this life to its wideness, and from the oppression of the religions to the justice of Islam. Allah has sent us to his creation with His religion. Whoever accepts it, we accept from him, and whoever refuses, we fight him until we attain the Promise of Allah.” Rostom asked: “What is His Promise?” Rib’ee answered: “Paradise for those who die, and victory for those who survive.” Rostom said: “Can you delay this matter until we think over it?” Rib’ee responded: “Yes, how many days do you need, one or two?” Rostom replied: “More, until I write to my people.” Rib’ee said: “We can’t, our Prophet does not authorize us to delay our enemies more than three days, so make up your mind.”

This was the pride the companions had of their religion, and this is the pride that many Muslims have been stripped of today. The one who inculcates this pride in his heart will always value his Islam and take pride in it, holding it high above all other ways of life.

Lastly, we must not forget the reason behind our existence, to worship Allah and please Him so that we receive our reward in the Hereafter. This cannot be done except by giving precedence to the next life over this present life. The Muslims we see who are too embarrassed or afraid to display their Islamic identity tend to hide it due to fear of some harm afflicting them in this life or due to some worldly gain. However, if they were to focus their attention on what awaits them in the Hereafter they would forget about what this temporary life has to offer them. Reflect over what Allah has said in the Qur’an:

1. “Are you satisfied with the life of this world rather than the Hereafter? But what is the enjoyment of the worldly life compared to the Hereafter except a very little?” [At-Tawbah 9:38]

3. “Beautified for those who disbelieve is the life of this world, and they ridicule those who believe. But those who fear Allah are above them on the Day of Resurrection.” [Al-Baqarah 2:212]

4. “Indeed, those who committed crimes used to laugh at those who believed. And whenever they passed by them, they would exchange derisive glances. And when they returned to their people, they would return jesting. And when they saw them, they would say, “Indeed these are truly lost.” But they had not been sent as guardians over them. So Today (on the Day of Judgment), those who believed are laughing at the disbelievers, on adorned couches, observing. Have the disbelievers not been rewarded this Day for what they used to do?” [Al-Mutaffifeen 83:29-36]

So uphold your Islamic identity, feel proud of it, never give it up in the face of opposition or ridicule, and remember that you are a Muslim before anything else.