Thankfulness or Gratitude in the Quran 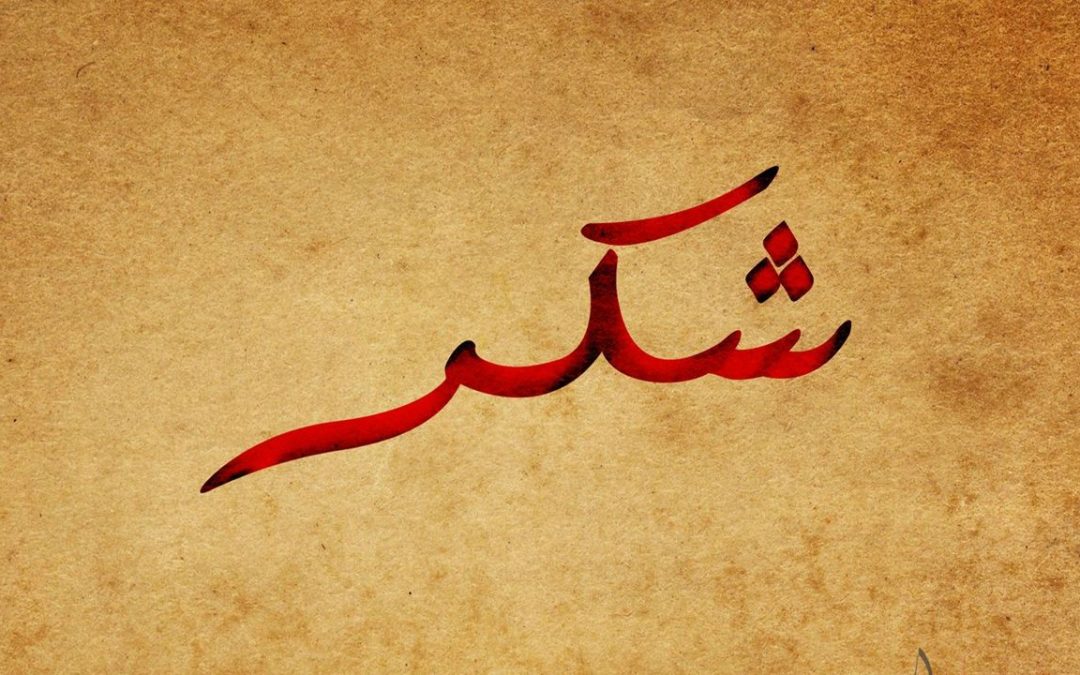 All praise is due to Allaah the Exalted for His Essence and Beautiful Attributes. All thanks are for Allaah for His blessings, bounties, favor, and grants. May Allaah send peace and blessings on His slave and Messenger, the one sent with the sound Religion, our master, chief, and prophet, Muhammad, sallallaahu ‘alayhi wa sallam, the trustworthy Messenger, and on his family and Companions, the guided ones who also guide others.

To proceed: Since faith consists of two halves, the first being thankfulness, and the other being patience, it is important for the person who admonishes their soul, wishes to safeguard it, and prefers its happiness, not to neglect these two great principles, turn away from these two treaded paths, and to make their path and journey to Allaah between these two paths, so that Allaah the Exalted places them, upon their meeting, in the better of the two parties.

Thankfulness is the essential goodness of the lives of those who are happy, who do not ascend to their high ranks through anything besides their thankfulness. They traversed the path between the two wings of patience and thankfulness to the Gardens of Bliss, and that is the bounty of Allaah that He gives whoever He wills, and Allaah possesses great bounties.

Thankfulness is a characteristic of the prophets, may Allaah exalt their mention. The first Messenger sent to humankind was Nooh (Noah), may Allaah exalt his mention, and Allaah the Exalted described him as being a slave who is oft-thankful.

Allaah the Exalted Says (what means):

O descendants of those We carried [in the ship] with Noah. Indeed, he was a grateful servant.

“I am the chief of people on the Day of Resurrection,”

to the end of the Hadeeth, and it also contains:

“They will go to Nooh and say: ‘O Nooh, you are the first of the messengers to humankind, and Allaah has called you a slave who is oftthankful, so, intercede on our behalf.’”

Allaah the Exalted informed about His close friend, Ibraaheem (Abraham), may Allaah exalt his mention, and mentioned that he was thankful for what he was bestowed with (what means):

Indeed, Abraham was a [comprehensive] leader, devoutly obedient to Allaah , inclining toward truth, and he was not of those who associate others with Allaah. [He was] grateful for His favors. Allaah chose him and guided him to a straight path.

Also, our Prophet, sallallaahu `alayhi wa sallam, as explained by `Aa’ishah, may Allaah be pleased with her, when she described his thankfulness towards his Lord:

“Allaah’s 1 Reported by Al-Bukhaari (3340) and Muslim (194) Thankfulness 5 Messenger, sallallaahu `alayhi wa sallam, used to pray until his feet would crack and split. I said: ‘O Allaah’s Messenger, are you doing this while Allaah has forgiven your past and future sins?’ He said: ‘O `Aa’ishah, shall I not be a slave most thankful?’”

Allaah the Exalted has described that His Pleasure lies in thanking Him, Saying (what means):

And if you are grateful, He approves it for you

The Prophet, sallallaahu `alayhi wa sallam, criticized his Companions for not taking the Jinn as examples in their thankfulness. Jaabir, may Allaah be pleased with him, said:

“Allaah’s Messenger, sallallaahu `alayhi wa sallam, went out to his Companions, and read to them Chapter Ar-Rahmaan from its beginning to its end, and they remained silent. Then, he said: ‘I read this to the Jinn during their night, and they had a better reaction than you all had. Everything I came across (what means):

{So which of the favors of your Lord would you deny?}

they would say: ‘None of your bounties do we deny, O our Lord, so praise belongs to You.’”

It is important that we get to know more about the subject of thankfulness. What does it mean? What is its ruling? What are its fruits? What are the means that a person can use to attain it?