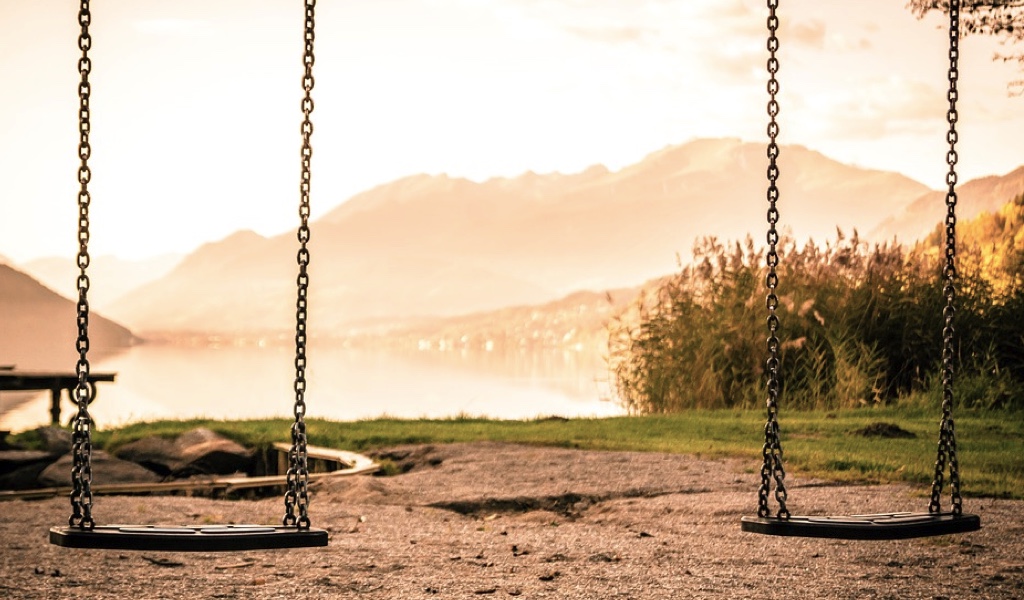 Imagine a small child. A toddler. Let’s suppose that he’s an excitable young toddler who is unable to express himself verbally yet.

His mother tells him that they are going to the park; do you want to go to the park?! There are swings there! He knows the park, so he jumps up excitedly and races to the front door and waits eagerly for his mother to come and open the door so that they can be off to the park. She comes and she takes his hand and starts pulling him to his room. He needs to change first.

He doesn’t understand. From his limited perception, he sees the worst: he’s being pulled away from the only thing that he wants right now. This is injustice! He was promised the park and now he’s being taken away from it. He produces little screams and cries of protest, but the mother persists in her injustice of taking him to get dressed. Little cries turn to big cries, and then a fully fledged tantrum ensues. It is absolute chaos.

The child is in tears, the mother is exasperated. The more he protests, the more distressed he grows. He doesn’t know that all he had to do was to remain calm and they would have been out the door and off to the park in no time.

This episode from an adult perspective is slightly amusing and a little cute. But what’s funny is that this is exactly our reaction when we are on the brink of losing something or of being deprived of something we earnestly want. The instant we sense something we love being pulled away, we claw at it with both hands. Our tantrum isn’t a physical one, it’s an internal one.

We cling with our hearts, refuse to let go and refuse to see beyond it. Our cries of desperation and the state of panic we dissolve into is no better than that toddler who thinks that injustice is being done to him.

We wreak havoc within ourselves—we lose sleep, we lose appetite, we become grieved and depressed. Not stopping our self-pity even once to realise that ALL we need to do to pass this test and get out that door is to loosen our grip (the internal grip) and let Allāh do what is in our best interest.

More often that not, it’s this reliance that Allāh wants to see from us, this process of detaching and purifying our hearts from the objects of our desire and trusting Allāh in our matters, in what is and what will be.

May Allāh grant us good from Him.